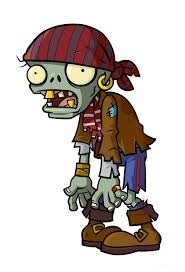 Nowadays (and thankfully), it has become fashionable to talk about the culture of failure as a necessary path to success.

I will have many many reprehensible things, but certainly what is beyond doubt is my entrepreneurial and proactive attitude in all types of personal, professional o adventure projects. And from this belief to have ‘activated’ many projects in different areas, I think there are many different levels of failures, which should be taken into account since not everything can be going with the same folder, and not everything gives us the same kind of conclusion or learning. Broadly speaking, I define the following categories of failure:

1) DO NOT ACHIEVING THE GOAL: This is the least failure if you’re convinced you have done everything you could to try to reach it. When you have been really committed to a project, and you have given everything in your power to achieve the ultimate goal, the result is a success even if you have not reached the goal. You can be calm and confident, because the most important thing is to have struggled the most although the circumstances were not good enough to take the prize.

2) NOT FIGHTING HARD FOR THE GOAL: This is a hard failure, because apart from not achieving the proposed goal, you realize that you really were not very committed to the project, and that you have not worked or fought thoroughly for your purpose. The learning of this type of failure should be very powerful, because we should not allow ourselves to repeat this attitude into important projects (sometimes risky), if we are not willing to give everything and go to the end.

3) THE SELFISH SUCCESS: Sometimes having achieved the target can also be a great failure, as you may have achieved what you wanted, but without respecting any of the limits that should have scored a minimum framework for action in the way: respect our team, our personal relationships, society in general, the environment, or a global ethical values.

4) THE FAILED ‘ZOMBIES’: so I call the army of failed people who goes through the world as if they had never failed because they really believe that they have not done… and they believe that because they have never tried to activate any project that would take them to be consistent with what they think and what they want; but as there is the risk that things go wrong and they are not willing to take that risk, they no longer take the first step. And this leads to a huge failure that, really, does not count, as they can not say they are wrong, because they have not done anything.  Then they move around the world with the profile of "No failed people", but in reality they are a "Failed ​​Zombies" because at some point in their life balance, they will recognize that they are persons who have never had the courage to try to do what their dreams, their life purpose or their illusions indicated that they should have done. This is the worst failure, even it doesn’t compute.

Surely there are many more categories of failures, but with these four we can have enough to classify many of the decisions that have to be taken every day to lead our projects.

At the end of the day, we have to understand that both success and failure are two very similar concepts, almost twins, two sides of the same coin. A coin that is essential to pay the price to move in our lives.