THE NEW BORDERS IN EXPLORATION 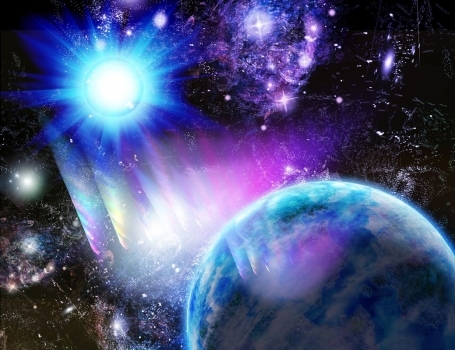 Our desire to conquer new territories has led us to reach a point in which the earth the is fully known.  Nobody would rise above Everest, no one would go further South Pole or North Pole, and no one could find a new route to go around the world. Pure exploration  in the earth has ended.

But from the mid-twentieth century, that inherent curiosity from human beings, turned the view towards the space.  First we reached the space outside the (Gagarin 1961), and finally we reached the moon (Aldrin and Armstrong 1969).  And this is the new limit reached by human exploration.

The moon is the farthest point the man has traveled to the present. But remember that always, always, always there are new borders. And this is the most exciting point of exploration. This is the most exciting point in our history of the great travels. We are now at the moment that it seems very difficult, sometimes almost impossible, for a human to reach a point beyond the Moon, where was established the final frontier.

Actually we are in a very similar situation as the days of the Catholic kings, when nobody knew what existed beyond Europe westwards. We are limited by technology, energy and time to raise scouting trips beyond the moon. We have to recognize again that we must always be humble in front of the vastness of nature and the infinite territories to discover.

Man has only traveled through the earth and to its natural satellite, but there are seven other planets in the solar system, which is just one the 200,000 stars that form the Milky Way. And our galaxy called the Milky Way is just one of the 100,000 large galaxies and a much larger number of smaller galaxies that form a super cluster of galaxies known as Lanikea. And it is estimated that a minimum of six milion Lanikeas can fit within the observable universe.

With all this, we conclude that throughout the history of mankind, we have traveled only the equivalent of a speck of dust according all the territories the man can explore in the future. During our lives with high probability, and if not, during the lives of future generations for sure, there will be new trips that will discover new horizons and change the world.  Exactly the same done by Columbus, Magellan/Elcano, Marco Polo, Amundsen, Hillary, Gagarin and Armstrong.

And brave man and women will come out with their curiosity and need to explore new territories, finding meaning and purpose for their projects, always innovating and taking many risks in order to discover new and exciting opportunities.