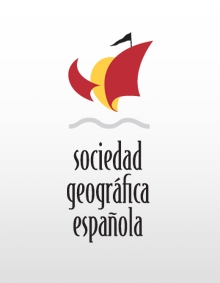 The spirit of exploration has been a constant in our specie. It has always been a fundamental part of our evolution, and always will be like it while the imagination and curiosity continues running our lives.

In ancient times and until the Middle Ages, the value of the exploring trips, came out as could find new materials or the ability to dominate new lands, and not for scientific or knowledge reasons.

It was from then that started many expeditions for scientific purposes, expansion of knowledge and prestige to the empires, but rarely were strangers to power-related interests, or the possibility to increase their military capacity. Here stands Columbus, Juan Sebastian Elcano, Magallanes, Vasco de Gamma, Amerigo Vespuccio, James Cook, etc.

In the nineteenth and twentieth centuries they came on the scene two new factors for exploration: nationalism and personal ego. The new exploration concept triggered a series of races to discover and planting flags on the still pristine areas of our planet, extolling national pride to reach the highest peaks, conquer the deserts or crossing poles, without worrying too much about the usefulness of such achievements. Then the growing interest of the media infotainment gave wings to the pride, sensationalism and will of fame among explorers. During this period we had Livingstone, Admunsen, Scott, Shackleton, Mallory, Hillary, Messner, and a host of names that moved around the world discovering and drawing the maps that were still white.

Pure exploration as to tread new territories reached its zenith in 1969, when Apollo 11 landed on the moon and astronaut Neil Armstrong left the first human footprint on the moon; the last frontier trodden by man to this day.

Ever since the pioneering spirit of our planet has continued, maintained by some more or less scientific or sport projects, usually sponsored by commercial brands.

Leaving aside here the issue of space exploration that, in my view, will soon open a new glorious era of exploration, the question we have to ask now ourselves is "Why do we explore today?"

It seems there are no more territories to discover, but the geographical exploration is not over yet, because the physical human population requirements, curiosity and future global crises, are driving the need for exploring new territories, maybe in the bottom of the oceans, in still remote areas or regions are already explored but in constant change which need to be rediscovered or re-interpreted.

Exploring does not always mean discovering new worlds, but can also involve discovering new perspectives on our own world. And surely this would be the largest and most necessary reason for modern exploration.  An activity that aims not just meeting new realities, new unachieved goals or overcome more sport challenges than pure adventure sports, but taking responsibility for approaching the geography and nature to all citizens, educating and activating their awareness to promote an attitude committed to the respect and protection of natural environments.

In a time when human activity is rapidly destroying a natural heritage that has evolved over thousands and millions of years, contemporary explorers should become a true ambassadors of the planet. Motivated by different reasons, they live very intense experiences in very special places in the world, and as eye witnesses, their main mission would be at the end, to put in value this essential asset to humanity, showing and denouncing their serious threats, and promoting concrete actions to halt and reverse the situation.

Never before has mankind had so much capacity to destroy or preserve nature. And depending on the decisions and actions we take, our impact will be extremely negative or magically positive. To move forward in the right direction we need the whole of society, but certainly, explorers should be at the forefront of this massive movement for change, in order to be proud of our relationship with the planet and our contribution to a better future.

We have finished this great adventure, kayaking the 930Km of the Ebro River in 24 days, between its source in Fontibre (Cantabria) and its mouth in the Mediterranean Sea, passing through 7 autonomous communities.
We use cookies on our website to provide you with the most relevant experience by remembering your preferences and repeat visits. By clicking "Accept ", you agree to the use of ALL selected cookies. Read More
Cookie settingsACCEPT
Privacy & Cookies Policy