40 KEY QUESTIONS FOR THE FUTURE OF THE WORLD 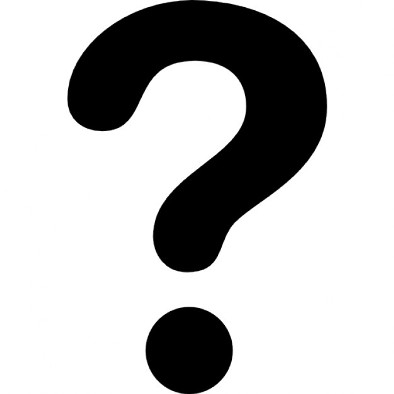 INTRODUCTION TO THE ARTILE I HAVE COORDINATED FOR THE SPECIAL SUPPLEMENT OF THE "40TH ANNIVERSARY" OF GROUP Z, INSERTED IN ALL PUBLICATIONS OF THE GROUP

The twenty-first century will entail a great wave of change that will amount to thousands of years of evolution in terms of the last century. The last 100 years have been the period of major changes in the history of mankind. But the decades that lie ahead will leave as obsolete, slow, old and boringly stable the last century.

Undoubtedly, we are about to live in the most important moment in the man history since he began to walk on two legs. This century will be the most radical of all times, by size, speed and ability to impact our way of living and relating to the world.

And we are not talking about what will happen in the long run. We are talking about what will be our life, which we will all live those who are reading this article. Most people under the age of twenty are very likely to live in the twenty-second century. But independently of the time we will live, it’s sure that we will be witnesses and protagonists of decades of immense evolution.

The future is going to be dramatically intense, shocking, complex, exciting and unpredictable. Those who will be able to confront this stage with an appropriate attitude, will live in fullness one of the most special times of humanity; but the mentality of many people will not be prepared for what is to come, and will find great difficulties to surf the huge wave that is being created.

The main factors of this great wave of change will be a spectacular development of robotics and artificial intelligence; the hyper connectivity between billions of people and hundreds of billions of devices; a revolution in health, longevity and human capabilities; a world with more than 9,000 million inhabitants; and major challenges that are causing great stress on the planet.

These will be, roughly, the elements that will make up this great wave, but then there will be a final ingredient that will turn it into a real tsunami: the high speed. Humans tend to think of the future as something linear, and we find it difficult to see and assume the scenario of what is coming, marked by an exponential evolution.

The world at the end of this century will not resemble anything we know today as humanity. It will be an uncertain and complex world, but at the same time exciting and full of opportunities.

For all this, we will have to learn how to ask the right questions every time, to find valid answers that allow us to adjust our individual and collective compass. And that’s the reason why we wanted to raise here what we consider to be the forty key questions to consider for the future. Obviously, there are many more questions, and each of them generates an infinite number of new questions; But we have to start in one point, and we believe that having a great group of experts passionate about each subject, and daring to make a forecast for the next decades, will bring us a value and an impact that will not leave us indifferent.

In the coming weeks, I will post on the Blog the response of each expert to each of the key questions formulated, which I detail below:

5.       How will the pollution and acidification of the oceans evolve?

6.       Is access to drinking water the greatest challenge that man will face?

11.     How will technology be incorporated into the human body?

12.     Is Artificial Intelligence a threat or an opportunity?

13.     Should we grant rights to robots or humans integrated with robots?

15.     How will our lives change with virtual reality?

18.     Will we win the war against cardiovascular disease and cancer?

21.     How will we form and what role will schools and universities play?

23.     How will religions and fundamentalisms evolve?

24.     What will be the most powerful states in the coming decades?

25.     Will there be major changes in geopolitics?

27.     What are the great challenges of democracy?

28.     What role can the capitalist model play in the challenges of our society?

32.     Are other economic systems viable, such as collaborative economics or other trends?

34.     How will robotics and artificial intelligence affect employment and professional activity?

35.     Is a universal minimum income necessary and possible?

36.     Will there be real equality between genders?

38.     What will happen to the dominant and minority languages?

I share you the program “Shelters and Guards” (“Refugis i Guardes” ih the original Language) on TV3 dedicated to the “Coma de Vaca” refuge at the Girona Pyrenees, in which I participated as a guest with his guards Xavi Fernández and Yolanda Roman.

The United Nations COP25 Conference on Climate Change is about to conclude in Madrid, and I was able to participate last Tuesday there, in the “Climate Assembly” event organized in the Agora (Green Zone) by the “Community for the Climate".

HOW WILL THE MEDICINE PROGRESS IN THIS CENTURY?

During this century, more than an evolution, medicine will experience a real revolution, caused by different key factors such as genetics, biotechnology and robotics, which will add to the already accelerated medical advances by more common methodologies.

The English version of my personal best-selling book is now available in some shops in England, on Amazon, on Kindle and on the Online Store of my website. A book based on my expedition to the South Pole, but written focusing personal leadership and management of vital projects.

SHOULD WE GRANT RIGHTS TO ROBOTS OR HUMANS INTEGRATED WITH ROBOTS?

The world of technology, robotics and artificial intelligence, evolves so fast and in such unexpected ways that it is very difficult to venture to give a concrete answer to a question that also has important moral and philosophical connotations.

THE CULTURE OF EFFORT HAS DIED

IS ARTIFICIAL INTELLIGENCE A THREAT OR AN OPPORTUNITY?

The true power of artificial intelligence is to increase what humans are capable of and improve the way they do it and, consequently, their results.

BALANCE BETWEEN GOAL AND TEAM

So bad is a good goal with an inappropriate team, like a great team without a motivating goal and that brings value.

HOW WILL TECHNOLOGY BE INCORPORATED IN THE HUMAN BODY?

Without realizing it, technology has been entering our body . Gradually our tissues are being replaced by biomaterials that perform the same function, such as hip and knee prostheses, or heart valves.
Revoke cookiesNoPrivacy Policy