THE 3 DAYS TRIAL SANTIGOSA WITH AN ELECTRIC MOTORCYCLE 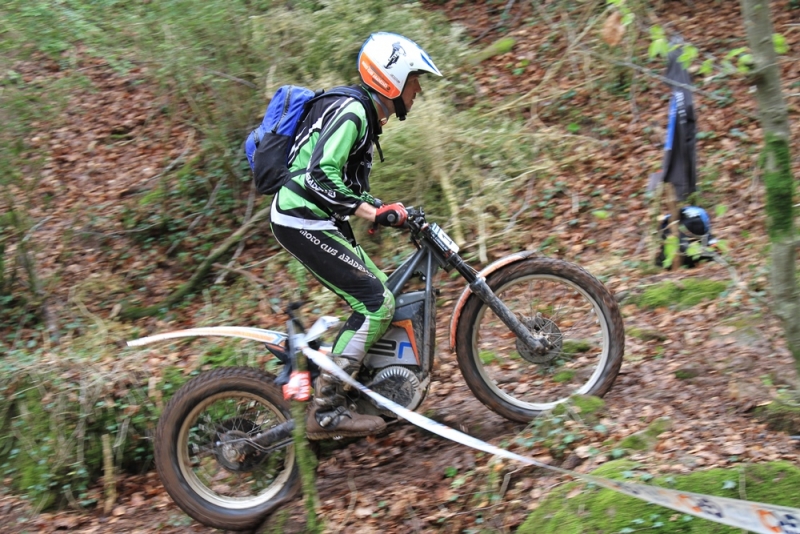 A HISTORICAL HIT IN A HISTORICAL RACE: THE FIRST TIME THAT AN ELECTRIC TRIAL MOTORBIKE PARTICIPATE (AND FINISHES)

The 2017 edition has been the 46th of the mythical 3DTS, but it was the first time that an electric motorcycle has participated, which has shown that with a motorcycle without emissions, it’s possible to complete the long circuit and the demanding sections of this Trial.

We already knew the benefits of the ELECTRIC MOTION Sport, which is at the level of the normal combustion motorcycles, and that was demonstrated during the 30 sections daily in which Albert Bosch, in spite of having an amateur average level, he was able to overcome them by enjoying a fun, efficient and very similar trial of the other machines. The great question was whether the electric motorcycle would have sufficient autonomy to complete a 40 kilometers circuit so demanding, since there were no precedents of similar shares in long-term trials.

Albert did the whole race with the assistance of Alain Goffin. He is the distributor of the brand in Spain, and knows the bike perfectly, and always was carrying a spare battery with him.  Logically, and to be consistent with the challenge, Alain was also riding an electric motorbike; specifically with the ESCAPE model, which is more trial-trek, and has a higher battery capacity. Therefore, all the team formed by pilot and assistance, was 100% Zero Emissions.

The strategy was clear: reserve the maximum energy in the circuit, driving as slowly as possible, estimating to have enough time to complete the day without entering outside the time limit.  To make the sections there was no problem in the use of power and energy consumption, but the sacrifice was made during the links.

The result was enormously positive, because the 3 days could be done with only two changes of battery per day, maintaining a lot of safety margin and energy reserve, and always completing the journey within the regulatory time and without any penalty.

During the morning stage, which had about 20 sections and a longer circuit, we made a battery change (towards section 10), leaving the used one around 40% charged. Then in the control of the noon, where 30 minutes obligatory rest, we made another change of battery, also resting approximate 40% of charge in the replaced one. And in the afternoon we completed the remaining 10 zones and circuit with that new battery.

This system worked perfectly every day, and apart of being quite relaxed about autonomy, we demonstrated that being very careful with the energy in the link sections, anyone could almost do this race with a single battery change. Surely in a very short time, maybe 2 or 3 years maximum, a normal pilot without any assistance can participate in a long-term test like 3DTS, only delivering a battery to the organization to make a change at noon, just like the Combustion bikes must be able to add gasoline to complete the circuit.

The Electric Motion brand is the only one in the world that manufactures electric trial bikes, but there are other new and traditional trial brands that have already announced the launch of electric models. Obviously, in this edition, the public was very surprised when they saw a motorcycle without making any noise. Nowadays it is still an exotic thing to see an electric motorcycle participating in a test of this level and reputation, but surely when the trial practitioners lose their fear to the battery autonomy (as we have done in this trial of long duration), and will understand that their sport can great with a motorcycle without gasoline, without pollution and without making noise in the nature, demand will be activated and this technology will evolve very fast.

This time we were the winners of the electric category, but there was nobody in the second and third place of the podium. It is not nice not having competitors, but this is the loneliness of the pioneers, who have to go through these situations until a new way of doing this sport the impact on the environment becomes normal. Our desire and conviction is that soon the category of electric motorcycles will be very disputed with many pilots participating; and we even dare to say that it will not be a long time before the favorites to the general will also be pilots with electric motorcycles. Technology already allows it, autonomy is almost ready; and the most important thing is that society and the environment needs it. And motor sports, apart from fun and spectacle, should serve to provide solutions to the needs of society.

At the end,  simple and radical conclusion from Albert, as a summary: “I will not practice Trial any more with a motorcycle with a combustion engine… now there is technology that allows doing it without generating emissions, and for me it would not make sense to enjoy this sport ignoring the serious problems caused by fossil fuels”