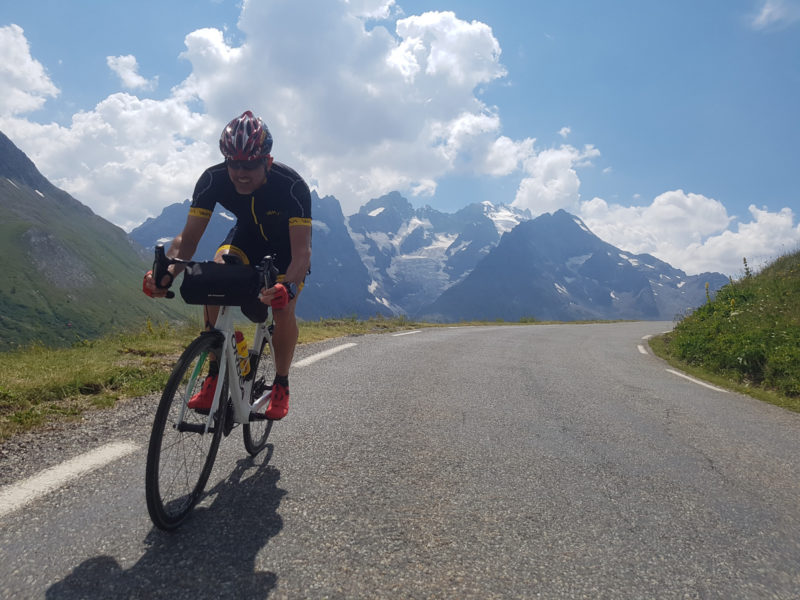 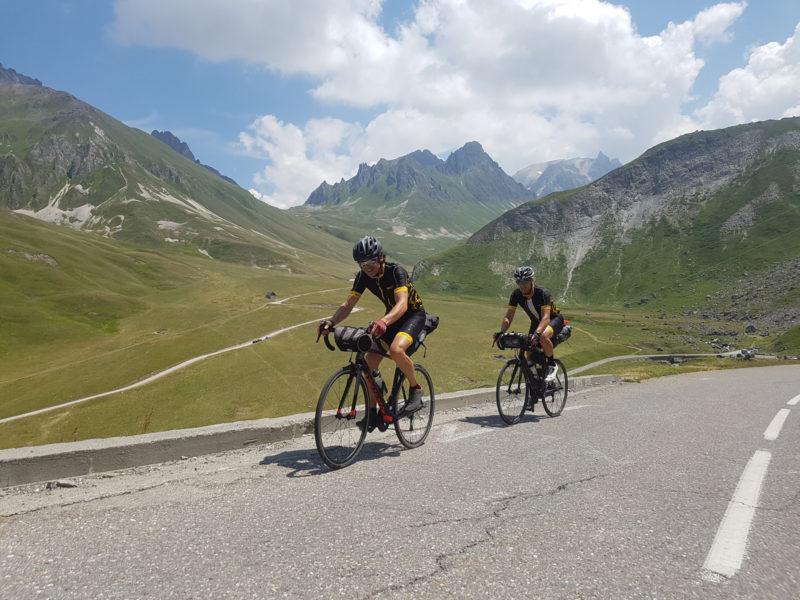 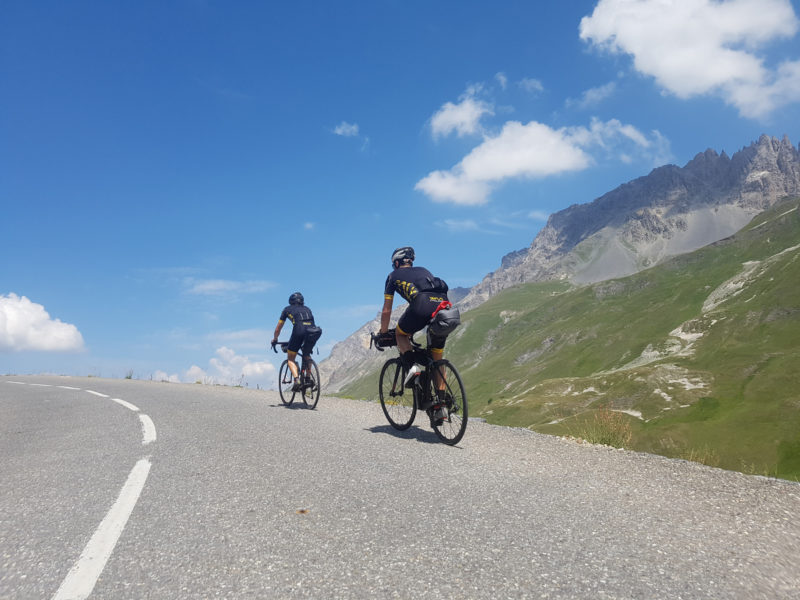 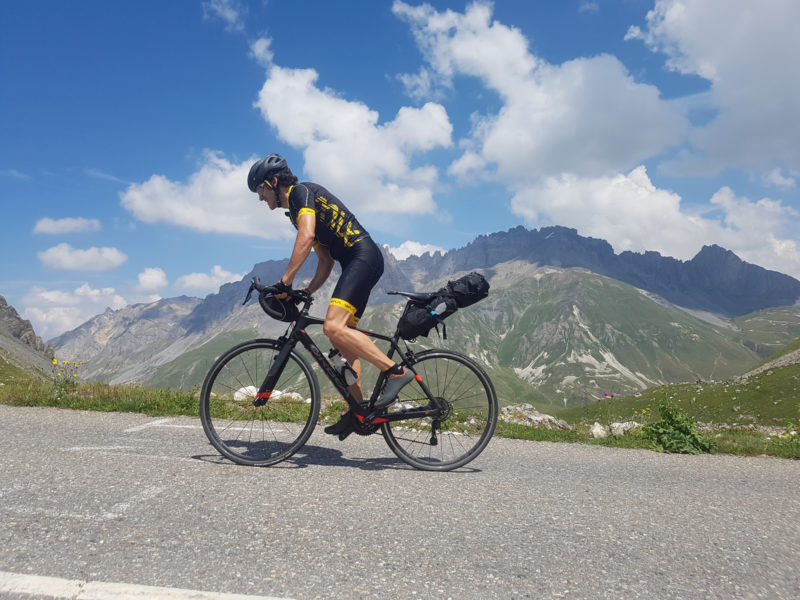 We started with some pretty flat kilometers, which do not go badly to rest from so many mountain passes and so much accumulated unevenness. In addition, as we approached the fantastic Valley of the Vanoise, the sense of sight was becoming saturated with beauty and it was difficult to concentrate on the road.

When arriving at Saint-Michel de Maurienne, the party for the view continued, but it was over for the legs, because it was time to start working hard. First climbing the Col du Télégraphe (1,566m), with stretches of more than 10%, and then one of the most mythical ports in Europe and, especially the Tour de France, the Col de Galibier (2,642m), also with slopes of more than 10%, and a final part that seemed to never end. An epic and demanding climb, but in the end it has given us an unparalleled view of the entire Ecrins massif.

With the Galibier we have gone from the northern Alps to the southern ones, but at the end of the day, we still had to climb the Col de Lautaret (2,058m).

We are being extremely lucky with the weather… again sunny and warm for doing most of the stage (including the two big cols), and just raining for the last 10Km.

This  fantastic stage, it has already given all the sense to the realization of the project WAA Cycling Grandes Alpes.