HOW MANY HUMANS CAN THE PLANET SUPPORT?

Answer 2 of the dossier “40 Key Questions to understand the future of the world”, coordinated by Albert Bosch from a request of the communication group “GRUPO Z”, where an expert in each subject answers a question about the trend of a certain topic. In this specific case, this question is answered by HENRIETTA MOORE: 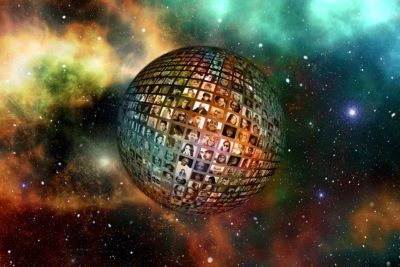 Humans seem determined to test the question of how many people the planet can support. Man has been worrying about ‘overpopulation’ since the times of Thomas Malthus. But the UN Food and Agriculture Organization of the United Nations has declared that the world already produces more than 1.5 times enough food to feed the entire planet. That would be enough to feed 10 billion people, provided it was managed efficiently.

So the real question we must ask ourselves is: How can we guarantee all the people in the world are able to live a prosperous life?.

That has to start with an acknowledgment that prosperity means different things in different contexts, but it is much more than GDP per capita. You can live in a seemingly rich country like Spain, the United States or Britain and still be unable to find a job, get a house or access to education or healthcare.

Most of the growth of the projected population will, of course, be in the so-called ‘developing countries’. We have already seen in China and India, that millions of people are being incorporated into the level of emerging middle classes, to imitate the lifestyles of the West and the economic models that are intensive in natural resources.

Therefore, the challenge of the future increase of the population, is not so much the food, but this unsustainable model based on the growing consumption, when we live in a finite world. If all the inhabitants of the planet had the same ecological footprint as the current average of the Americans, resources equivalent to four Earths will be needed. And this without taking into account the serious increase in emissions of carbon dioxide emissions, which accelerates the effects of climate change.

So we have to think about the new models – economic, political, social and technological – that make it possible to sustain the population of an overpopulated planet in the 21st century and beyond. This requires a radical rethinking of the ways in which we offer food, shelter and income to prosper all the people of the earth. It does not have to mean going back to the Stone Age lifestyle, but taking advantage of the collaborative economy, agroecological agriculture and the digital revolution that allows access to services in a more sustainable way. There is hope for the future, but only if we act quickly and globally.

PROFESSOR HENRIETTA MOORE: Director of the Institute for Global Prosperity and the Chair of Philosophy, Culture and Design at the University College London.