WILL THE POLLUTION AND ACIDIFICATION OF THE OCEANS BE ALTERED?

Answer 5 of the dossier “40 KEY QUESTIONS TO UNDERSTAND THE FUTURE OF THE WORLD”, coordinated by Albert Bosch from a request of the communication group “GRUPO Z”, where an expert in each subject answers a question about the trend of a certain topic. In this specific case, this question is answered by JOAN GRIMALT: 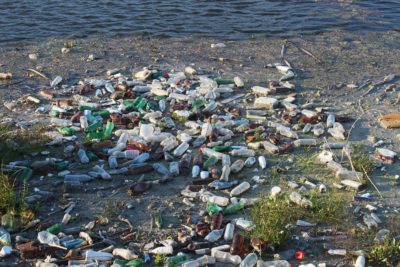 The sea has had enormous human pressure, and currently the two greatest threats to the oceans are pollution and the acidification of its waters.

Despite its large size and its ability to assimilate materials, the sea is very polluted. The level of mercury and persistent organic pollutants in the organisms found in the trophic chain (fish and mammals) is high.

So much so that in some seas, as in the Mediterranean, the concentration of mercury in many fish is higher than the margin recommended by the European Union as fit for human consumption.

This is an effect related to the properties of marine waters. The pollutants are poorly soluble in water and therefore are associated with particles in suspension and on the seabed. But this does not prevent them from entering the trophic chain and, therefore, accumulate in living organisms. As we know, in these cases, the organisms located in the highest echelons of the trophic chain are those that accumulate these compounds in higher concentration levels. In marine systems, pollutants that are not chemically stable are eliminated quite efficiently. However, the marine environment is a great accumulator of pollutants that are resistant to the processes of oxidation and photosynthesis, such as mercury, organohalogen compounds or plastics.

The future evolution of these pollutants will depend on what we humans do. The mercury will probably go further because it comes essentially from the combustion of coal and oil, which has this metal in a significant proportion. The same will happen with plastics if drastic and efficient measures are not taken to limit their use and the lack of control of waste towards the sea. In contrast, the significant decrease in production of polychlorinated biphenyls, DDT’s and other organochlorine compounds will lead to a decrease in the concentration of these substances in marine species.

Another aspect that must be considered is that the sea is a great absorber of CO2 from the atmosphere. But the process of incorporating O2 into the sea is very fast, and although it has not yet happened significantly, there is a danger that the acidification of the water will increase excessively and create a serious problem for marine species and for the effects that this will have in the human species. Again, to avoid this, we must increase the production of energy with renewable sources, and drastically reduce CO2 emissions.

JOAN GRIMALT: Professor of Research of the Higher Council of Scientific Research. Expert in environmental chemistry. Author of 650 scientific articles on the subject.