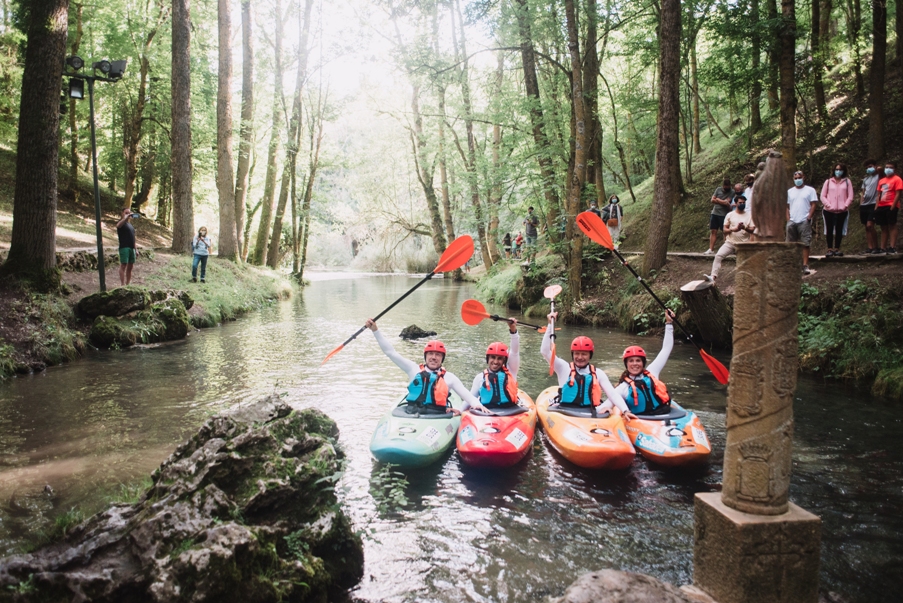 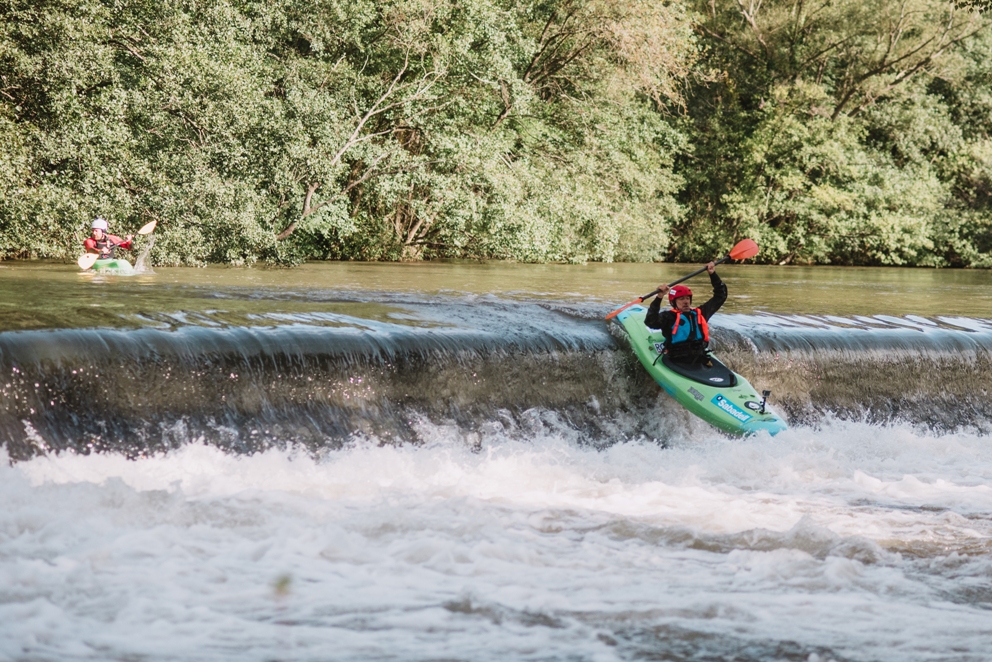 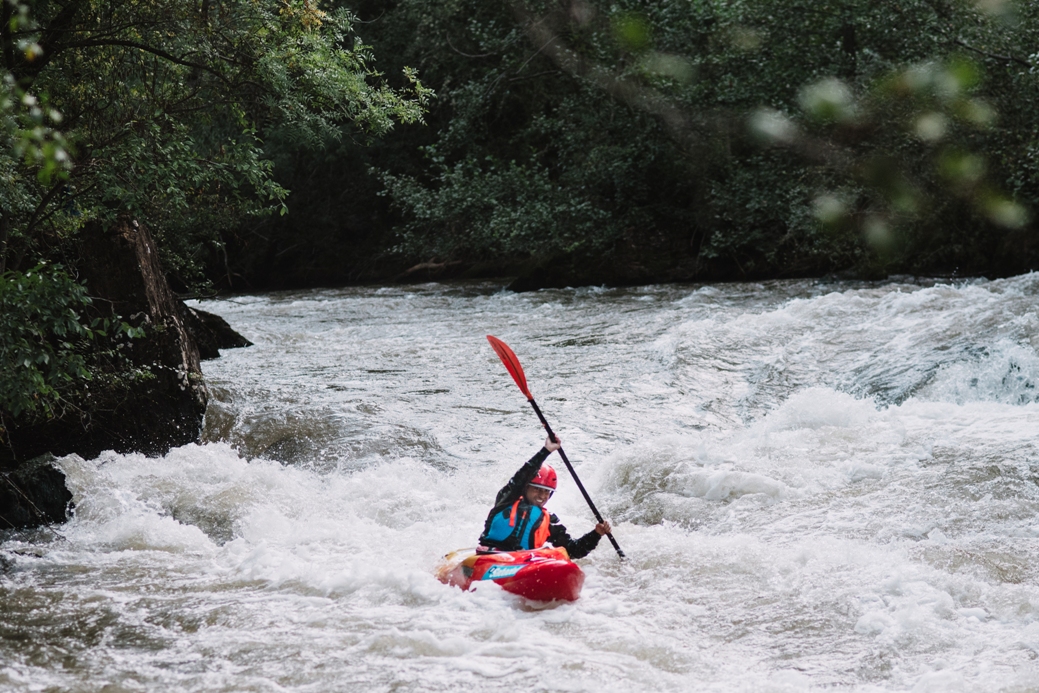 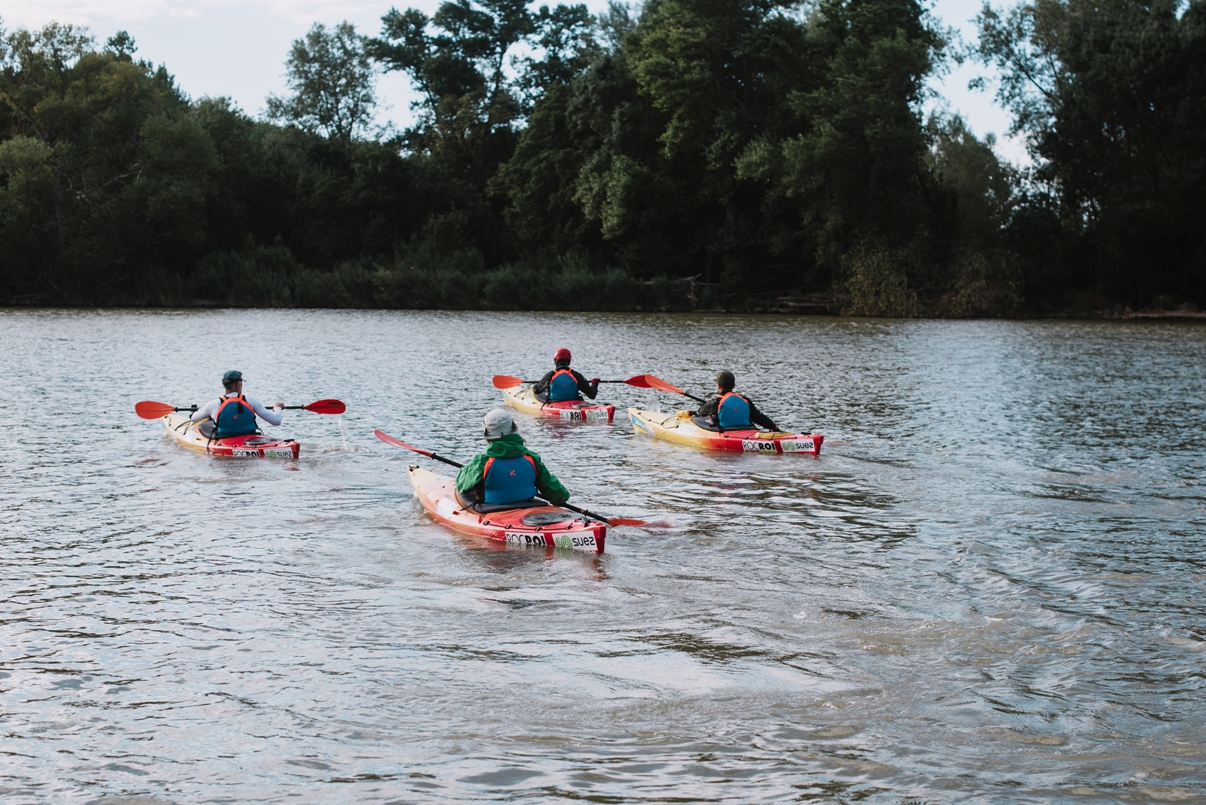 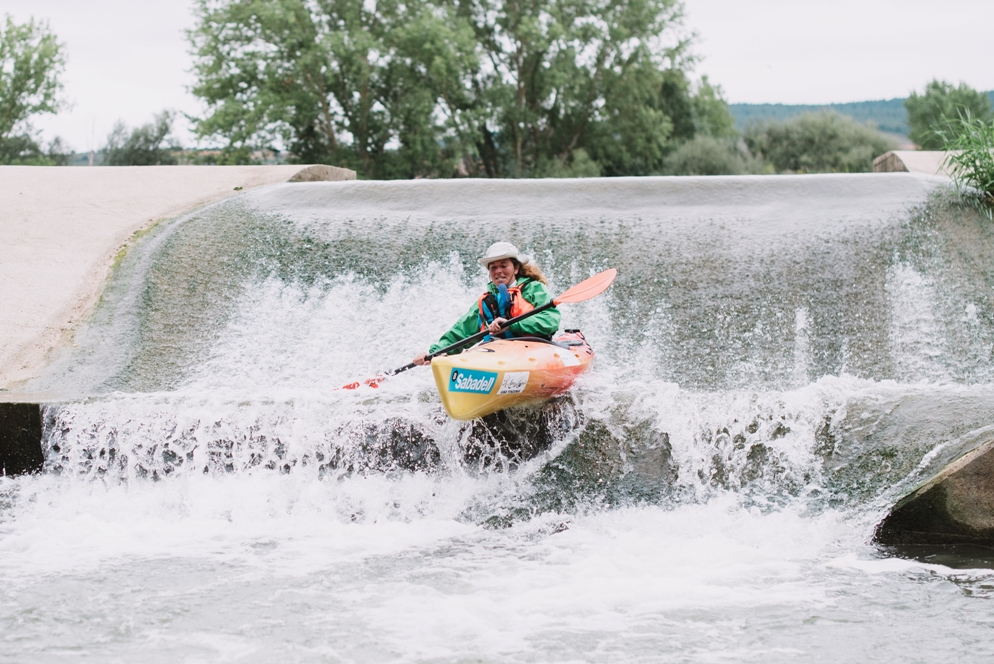 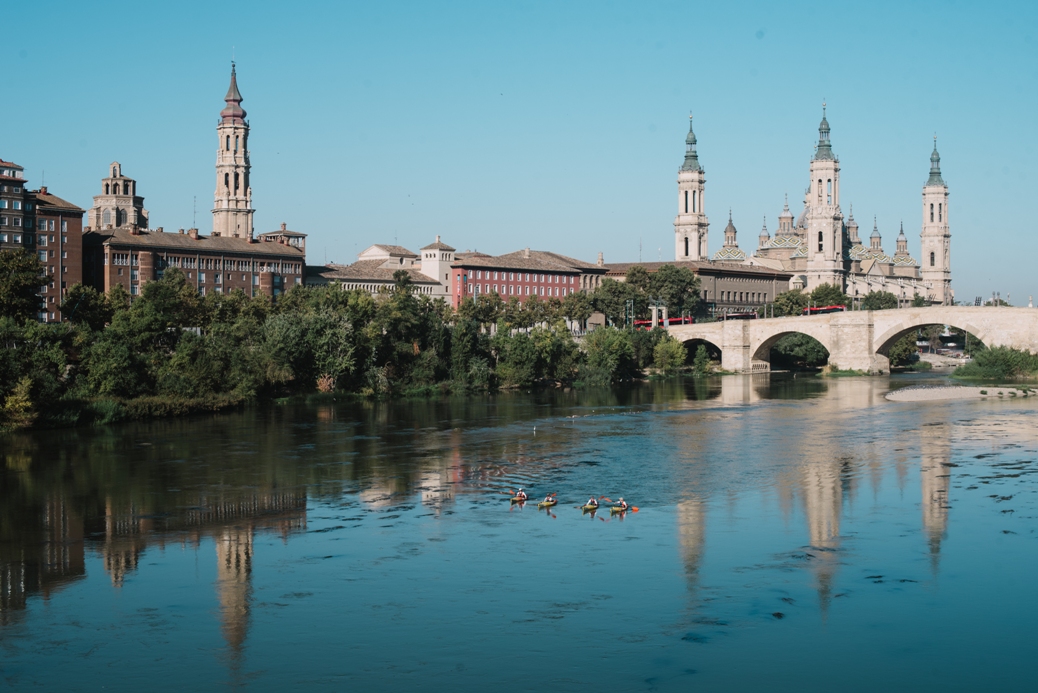 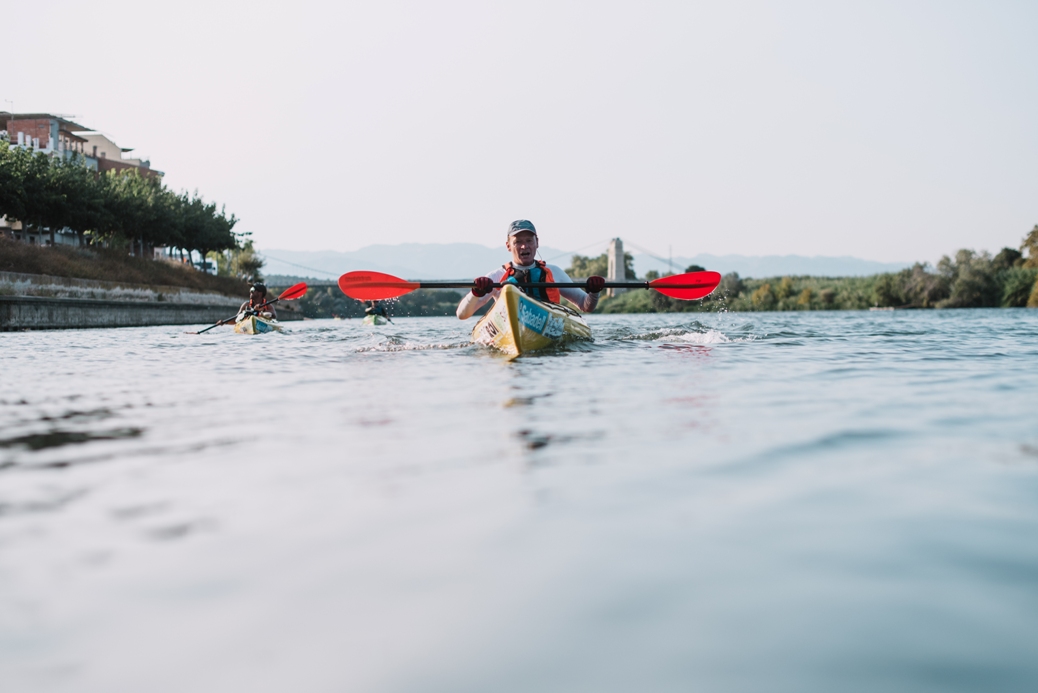 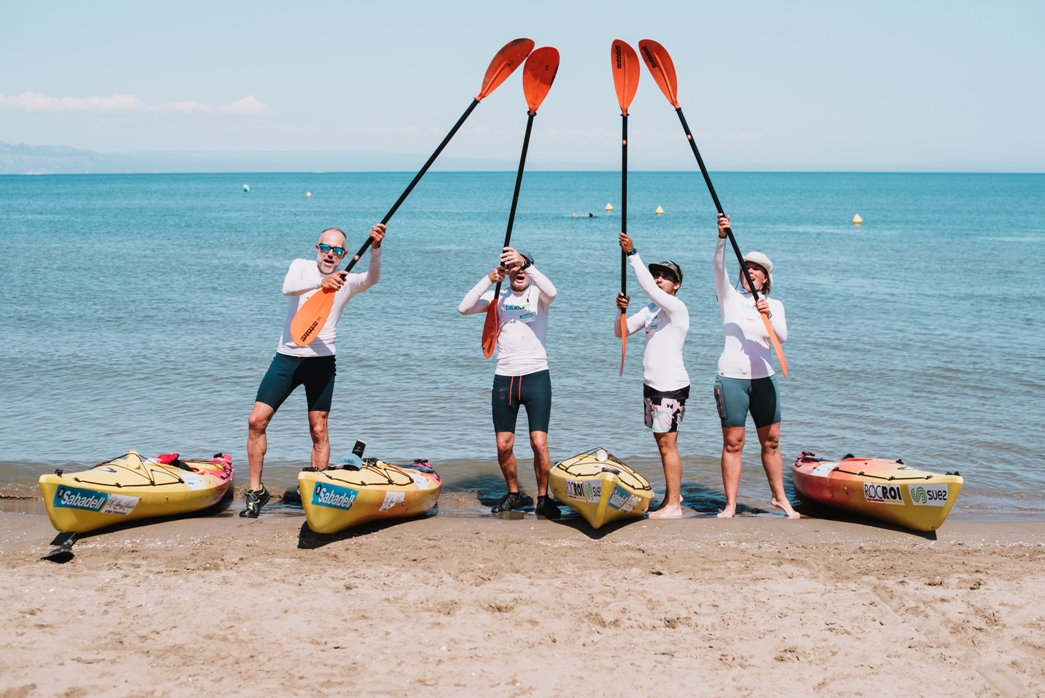 We have finished this great adventure, kayaking the 930Km of the Ebro River in 24 days, between its source in Fontibre (Cantabria) and its mouth in the Mediterranean Sea, passing through 7 autonomous communities: Cantabria, Castilla y León, La Rioja, Basque Country, Navarra, Aragón and Catalonia.  It is the longest river in Spain, and the second longest that flows into the Mediterranean after the Nile.

Sometimes we believe that great challenges must be carried out in distant and very exotic places, or must be based on ultra-recognized competitions; and we forget that anywhere we can live intense adventures that normally are not related to a bib or an especially external environment, but depend on our attitude and approach to the project.

The complete descent of the Ebro river in a kayak fits this definition perfectly.  It has an evident part of a sports challenge, it goes through a nearby territory but it has been done very few times in this modality, and it incorporates 3 of the basic elements for an adventure to be really considered as such: difficulty, uncertainty and risk.

Descending this river course integrally by kayak is a major challenge, even though most people perceive it as something relatively simple.  Almost everyone has little knowledge of river or tour kayaking, and believes that going down a wide river like the Ebro involves little effort and little technique, because the water is calm and the current is always in your favor.  This is a serious misperception, and that is why it is a project that has been done so rarely in history.

We did the part of the Upper Ebro with the whitewater kayaks to cross mountains and gorges, including sections of whitewater that require a high technical level to overcome them. In addition, during many stages of this part we navigated on sight without any previous information about the area, because there are many sections where we never navigate due to the risk posed by fallen trees combined with strong currents.

The Middle Ebro section already allowed us to use the Touring Kayaks, which are less manageable and heavier, but more efficient in navigation.  The challenge of this part is to overcome the countless dams that are found along the route, which are a major obstacle, sometimes easy to overcome and sometimes very complicated and even quite dangerous.

The part of the Lower Ebro corresponds to Catalonia and already goes to the sea, presenting a very wide and calm river, and it is only the difficulty of making long distances without the help of the current and a certain monotony in the passage of hours.

A great expedition that has allowed us to travel through fantastic environments and meet populations of all kinds, very interesting people linked to the river and acquire great learning that we have been collecting in the form of reflections and documentation to disseminate from the water on environmental challenges related to it, and promote attitudes of sustainable leadership in relation to the river courses and nature in general.

The BLUEBRO team has carried out the integral descent, and all this is fully documented.  Within the team there are some members who have managed to do the entire route, and others who, due to some specific physical problem, have had to skip some stage or part of it.  But each one has done at least 85% of the route, and being a team project, we did not want to enter into individualities, because we have achieved a great challenge thanks to the work and commitment of all, and we are super proud that the whole has been able to complete a feat of great value that also provides a great positive impact on the environment and sustainability.

This great experience has allowed us to obtain important conclusions from the water about the environmental challenges of a great river, and to make a proposal of 10 key points to improve our relationship with it and all the ecosystems:

AT A PERSONAL LEVEL:

AT THE GOVERNMENT OR BUSINESS LEVEL: