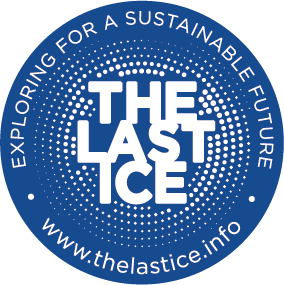 The Last Ice is a project of four consecutive expeditions starting in arctic Canada and finalising in planet Earth’s most boreal region the north pole. 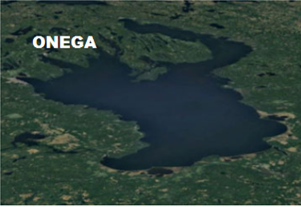 Lake Onega (Онежское озеро in Russian;  Ääninen or Äänisjärvi in Finnish) is a large lake in northwestern European Russia, whose waters belong to the Republic of Karelia, the Leningrad Oblast and the Vologda Oblast. The main cities on the lake are Petrozavodsk, the capital of Karelia (266,160 inhabitants in 2002), Kondopoga (34,863 inhabitants in 2002) and Medvezhyegorsk (15,698 inhabitants in 2008).

In the northern part of the lake is the Kiji archipelago, declared a World Heritage Site by Unesco. It houses a historical complex of 89 Orthodox wooden churches and other wooden buildings from the 15th to the 20th centuries and includes around 1,200 petroglyphs (engravings on rocks) located on the eastern coast, from the second to the fourth millennium BC.

The lake is part of the fluvial channel of the Mar-Baltic Sea channel, inaugurated in 1933. 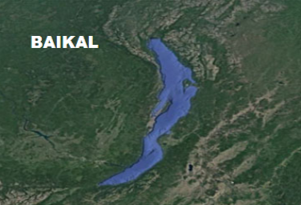 Lake Baikal (Озеро Байкал in Russian) is a lake of tectonic origin, located in the southern region of Siberia, Russia, between the Irkutsk Oblast in the northwest and Buryatia in the southeast, near the city of Irkutsk. Its name derives from the Tatar Bai-Kul, “rich lake”. It is also known as the «Blue Eye of Siberia» or «The Pearl of Asia».

This lake is part of the Yeniséi-Angará-Lake Baikal-Selengá-Ider fluvial system, which has a length of 5539km and is considered the fifth longest river in the world, after the Amazon, Nile, Yangtze and Mississippi-Missouri.

It is one of the lakes with the lowest turbidity index in the world, registering marks higher than 20 meters deep through the use of Secchi disks. It contains around 20% of the world’s unfrozen fresh water and with its 1680m of depth is the deepest lake in the world. On the western shore of the lake lives the Buryat people. It was named a World Heritage Site by UNESCO in 1996. 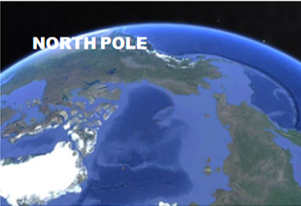 The geographical north terrestrial pole is located in the Arctic Ocean, where the sea is covered by an ice cap or sea ice.

The north celestial pole is an imaginary point, intersection of the axis of terrestrial rotation with the celestial sphere.

The north pole of inaccessibility is the point in the Arctic Ocean furthest from all the surrounding lands. It is currently at 84 ° 03 ‘North, 174 ° 51’ West.

The north magnetic pole is the northern area in which the geomagnetic field has a direction perpendicular to the earth’s surface. The north magnetic pole is not a point, but a large area. A compass placed horizontally on this pole does not orient its needle, being perpendicular to the lines of magnetic force, and if it is placed in such a position that it is parallel to these lines, the needle will point to the earth’s surface. The position of the north magnetic pole moves continuously at a variable speed of about 10km per year in historical time, although it has recently increased to 40km per year, due to the periodic investments of the earth’s magnetic field, several times in the southern hemisphere; the last investment took place 780,000 years ago. At the moment it is located to about 1600km of the geographic north pole, near the Island of Bathurst, in the northern part of Canada, in the territory of Nunavut. Keep in mind that despite being called magnetic north pole for historical reasons, in reality the north magnetic pole is currently a south pole.

The north geomagnetic pole is the point of the magnetic north pole closest to the geographic north pole.

We use cookies on our website to provide you with the most relevant experience by remembering your preferences and repeat visits. By clicking "Accept ", you agree to the use of ALL selected cookies. Read More
Cookie settingsACCEPT
Manage consent